Fran is an absolute angel! So our scenario was this is a destination wedding in Siena, Italy and the bride has never been to Europe (groom, yes). We had over a year to plan the event, but we were working hard to have sufficient funds for the trip and the event and so never had time to see/taste/listen to any of the choices she gave us for pretty much anything we needed to decide on. We placed our faith in her giving us options to decide from that were reputable and worthwhile. She sensed our needs and also our hesitations, so she made suggestions and presented them in a manner where she exhausted all other means and explained why we would do it this way instead of the other without being pushy either. In the end, we received rave reviews about catering, the women loved the floral arrangements, all the guests really loved the folk trio that serenaded us all day, our cake, AND WE REALLY HAD OUR FAIRYTALE WEDDING! within reasonable allocated funds! 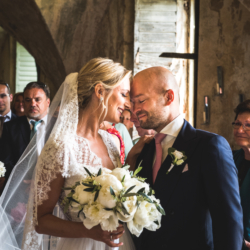 Fran was always responsive, knew instantly what type of venue and vision we had for our wedding and found us the perfect place that was organic in nature, historic and beautiful. She answered any and all questions (and I had a LOT!) professionally and promptly. I can’t tell you how much joy it brought to see Fran in person when she arrived. She radiates confidence and happiness and I knew we were in good hands for the day.

She orchestrated everything that day and we had the most beautiful Italian wedding. Our vision was accomplished.

Everything was perfect. This whole time Fran was invisibly moving around making everything happen when it was supposed to so that we were working with the setting sun for dinner and photos – it all worked out perfectly. 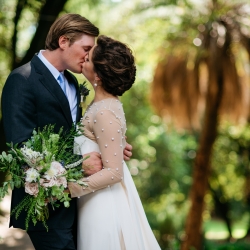 Fran was very open and uncomplicated to our proposals. At the wedding she performed as expected and the wedding couple and the audience enjoyed listening to her.

We would really recommend her to other couples. 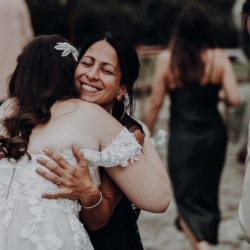 A warm-hearted person… I love her sensitivity and her approach with all my couple! Great English and really professional! Highly recommended.

Made our wedding so special!

She is kind, warm and really can tell she cares. Wouldn’t have had anyone else – we adore Fran and were really lucky to have her officiate our wedding. 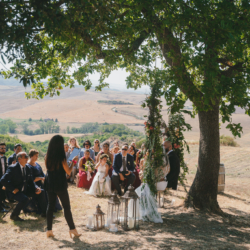 We are from Belgium and married in Piemonte so due to Covid we had to do all communications by video chat with Francesca. All expectations were met without any hiccup.

Francesca is a warm, kind, bubbly personality and combined with her professional approach she made our ceremony something really special and unforgettable for us and the guests. We would recommend her to everybody without a doubt, she is just great! 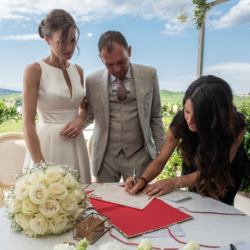 Fighting the tears in my eyes

In a first e-mail we were asked some relatively generic questions, this obviously served to classify us. In the second step, we’ve had a video call with Fran, where we got a first impression of a great woman. We were immediately captivated by her Italian charm and it was immediately clear that someone here does not do a job, someone was called to do it. Few days later we got a draft for our speech and the found were as fitting as if they had been written by a long-time friend.

This kind of empathy is not often encountered. On the day of the days when I was allowed to lead my bride to our beach, our guests and Fran were waiting for us. She held our speech with an angelic voice, involved our companion (a Spanish herding dog) not only with words, but also with gestures, so that he sat down directly with her during the speech. A woman in love, said Fran and there is no better way to describe her. Our wishes were not fulfilled, they were exceeded. The speech was held in fluent German.